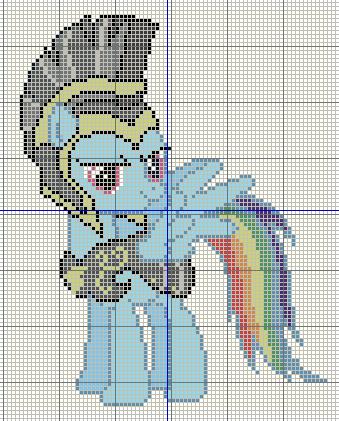 This is a picture of Rainbow dash in the Christmas pagent. (though its called Harth's Warming in Equestria)
In the pageant she is playing an intolerant general who wants to have the whole of the known world belong to the pegasi. In the story the generals of the three tribes fight so much they bring forth a storm filled with creatures who relish hate and distrust.
It is only through learning how to be friends that the generals assistants banish the storm and soon teach everyone how the land can be shared.

Rainbow dash looks so good as a general. I love how her tribes helmet and armour look like they were inspired by Roman styles.

For the Buzy Bobbins Index page Click here.
Posted by Gemma at 13:37 No comments: 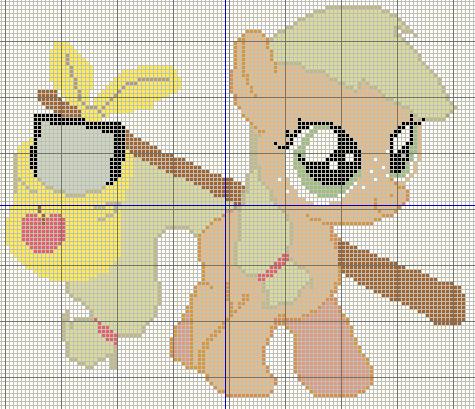 Applejack is so cute as a filly. Here she is leaving Sweet Apple Acres farm to find her true purpose in life in the episode Call of the Cutie. She looks very similar to Granny Smith as a filly, she has the same eyes after all. She even keeps her freckles as a filly which is even cuter.
It is a shame Applejack has not had many episodes about her. She is always there when her friends need help but her only episode she would not accept help from others. I hope her next episode has her realising that having help is OK it does not make you weaker for accepting it. She is too headstrong for her own good sometimes.

I claim no ownership of this character. Applejack and all of her friends belong to Hasbro. I am sharing this design for all of the other cross stitching fans of My little Pony friendship is magic.

For the Buzy Bobbins Index page Click here.
Posted by Gemma at 15:24 No comments: 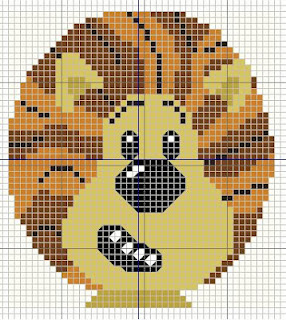 This is a mini design of Raa Raa the Noisy Lion. This size is suitable for cards or little pictures to hang on the wall.
A friend of mine likes to use little pictures like this on small bags so her daughter can have a bags of her all time favourite characters. I bet this would look great if the bag had a lovely brown ribbon for a handle and had a matching brown material for the backing and lining.

This is a fan art piece of cross stitch design.
Raa Raa the noisy Lion and all characters belong to Chapman Entertainment Limited and Mackinnon & Saunders Limited. I claim no ownership of these characters.

For the Buzy Bobbins Index page Click here.
Posted by Gemma at 12:44 2 comments: 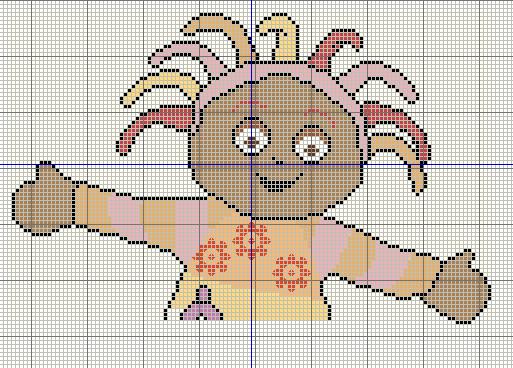 This is a cushion sized cross stitch design of Upsy Daisy from In the night garden.

I ended up watching a few episodes of In the Night Garden while babysitting a friends little boy and I am quite charmed at how colourful, happy and bright the whole show is. Plus it was wonderful to see how much enjoyment he got from the show.
I drew Upsy daisy because she is very cute and colourful and I personally quite like her.
However I have been told that I must draw Iggle Piggle too so I guess he will be coming up soon.

You may notice the flowers on her top do not look just like the ones in the show. However when I experimented with making all the petals separate it ended up with so many fiddly half stitches that it just was not practical considering the rest of the picture has no halves at all.

This is fan art of a wonderful kids show shared for free for anyone who wishes to stitch the picture. I claim no ownership of the characters of the show. 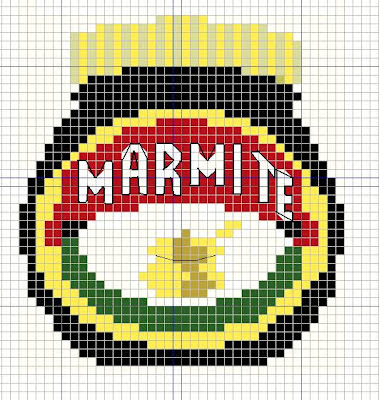 Who loves Marmite? I do! I love it enough to cross stitch it. This version has some back stitch on the letters of the word Marmite. The version below leaves out the back stitch. 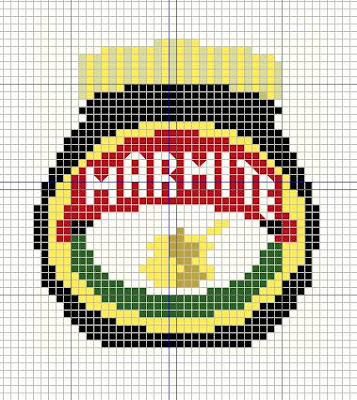 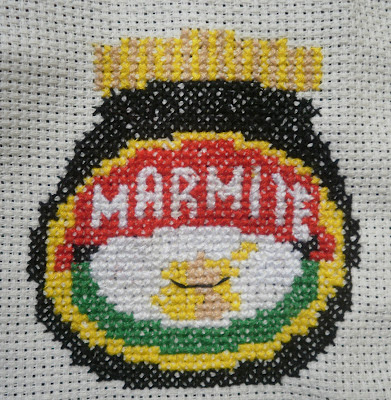 This design is also just right to be used for a card or small picture as well as the coaster I will be using it for. What else can you think of to show your love for Marmite?

This is a fan art design. Marmite is a trademark of Unilever, the jar design and logo design belongs to them. I claim no ownership of these things. This cross stitch design is to show my love for Marmite and to share for Marmite loving cross stitchers everywhere. Hooray!

For everything Marmite (just like my friend) try visiting http://www.marmiteshop.co.uk/ for your fill of Marmite related goodies.
Posted by Gemma at 21:02 No comments:

Cute Chocobo Cross stitch design
Todays design is my all time favourite character from Final Fantasy - which one? All of them (except the first which did not have any Chocobos) 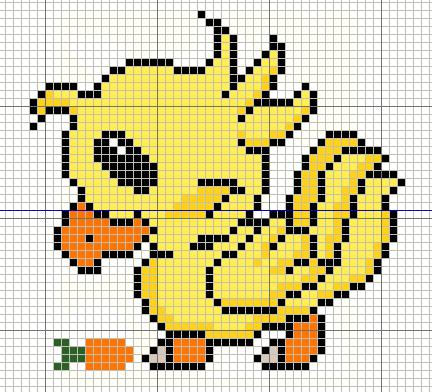 This is a sweet baby Chocobo. He is trying to catch his dinner but since Chocobos are vegitarians it is only a carrot after all.
There are two versions of this design, the difference is in the eyes. This version has black round eyes to look like Chocobos from the main games where they are more animal like and serve as mounts or pets. The second version (below) the eyes are more cartoon like which is inspired by the Chocobo themed spin off games such as Chocobo tales and Chocobo racing. 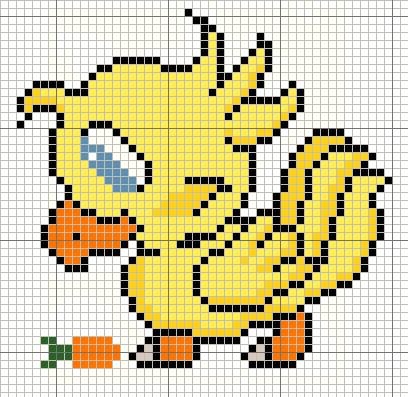 A cute baby Chocobo with cartoon-ish eyes.
I drew it this way because I was inspired by Chocobo Tales. I tell you what if you want a nice game you can play for a few minutes at a time with super cute graphics and very re-playable minigames you really can't go wrong with Chocobo Tales. I got it when it first came out and still go back to it from time to time. *fangirl time over*

To simplify the colours I used the same orange for the beak, feet and carrot. However if you want to make it more accurate to the games you may want to make the feet a nice brown colour instead.

I claim no ownership of Chocobos at all (though I would like one as a friend) the character design and concept belong to Square Enix as the developers of the wonderful Final Fantasy series. This picture is fan art shared for free for all of the cross stitchers who love chocobos as much as I do.

For the Buzy Bobbins Index page Click here.
Posted by Gemma at 16:46 No comments: