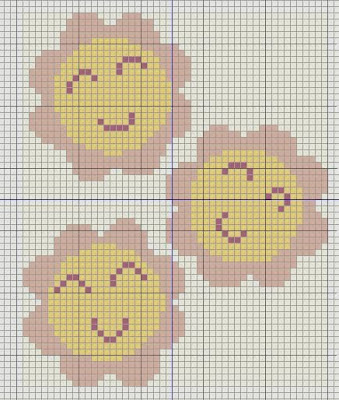 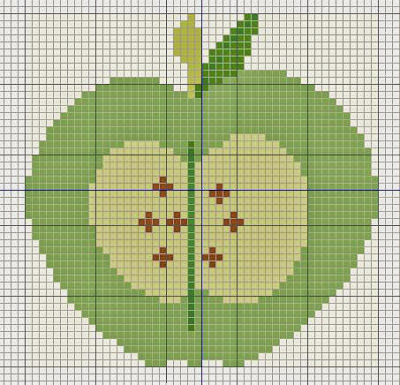 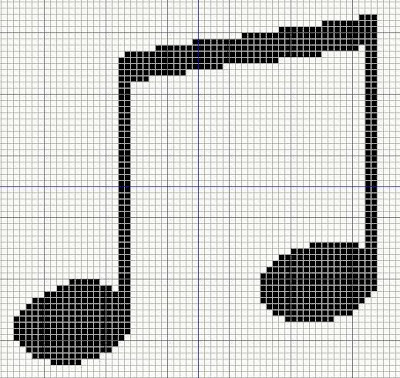 
After doing some drawings of the mane 6 ponies Cutie marks I have been asked a few times to draw some of the suporting casts cutie marks and how could I say no? So this week its Cheerilee, Big Mac and DJ Pon3.
These designs are just the right size for a large cross stitched card though you won't have too much extra room for other embelishments.
I may just make Cheerilees cutie mark into a cross stitched pencil case or a patch for a cloth pencil case which I have which looks far too plain. It should be a simple case if matching the cross stitch and securly sewing on the patch to the pre-made pencil case.

I will be starting drawing a few more of the cutie marks and posting them a few at a time. If you have a favourite pony that you really want to see up next feel free to pop a comment on this post and I'll make it one of the next batch I draw and post. Though I definatly think the hourglass which is used for Doctor Whooves should definatly get drawn since this side pony has become quite a recognisable character.


My Little Pony and all characters (along with their cutie marks of course) belong to Hasbro, I make not claim to these characters. These pictures are fan art and are free to share with cross stitching My Little Pony fans.

For the Buzy Bobbins Index page Click here.
Posted by Gemma at 06:51