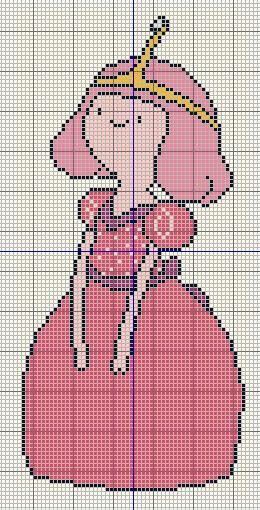 As many fans of Adventure Time will know Princess Bubblegum is not 13 for a long time in the series. In fact she appears to be 18/19 before and after the unfortuate accident (in the episode 'Mortal Recoil') which made her loose a portion of her gum and need to be returned to a younger age with what was left.
*spoiler alert*
However it is heavily implied that Princess Bubblegum is actually far far older than she looks for example in 'The Vault' Princess bubblegum is seen to be an adult while Finn is experiencing a flashback of one of his past lives meaning she was an adult before Finn was even born. Also its not confirmed but I heartily expect that the pink goo seen at the very end of the episode 'Simon and Marcy' set almost 1000 years ago may have been the beginnings of Princess Bubblegum or another candy person. Particularly as the creatures that Simon fights off look remarkably like the zombie candy people and could have been a very early stage of their development before they became nice.

But anyhow I don't think I need any more of a reason to try and cross stitch Princess Bubblegum at all. I think my next picture of her will have to be when she is at her normal 19 years old.

This is a fan art picture. Adventure time and all characters belong to Frederator Studios and Cartoon Network Studios.

For the Buzy Bobbins Index page Click here.
Posted by Gemma at 03:01