Hello everyone
This week is something a little bit different, instead of my usual My Little Pony fan art I decided to draw something which come from the wide world of Equestria. I had been trying not to post too many My little Pony cross stitch designs but I have been inspired again by the new season which is currently airing. It never fails to recapture my attention with each new episode. :)

This is a letter to Princess Celestia if she receives a letter without it being sent by dragon flame that is. You may spot on the back is a little red bow on the seal which is based on the red bow on the scrolls sent by Spike with his fire. This how we know that this letter could mean serious business.
The stamp is also based off of Celestias Cutie mark, I imagine that instead of having the Royals face on stamps like we do here in the UK stamps in Equestria would be decorated with Cutie marks or other cute things. 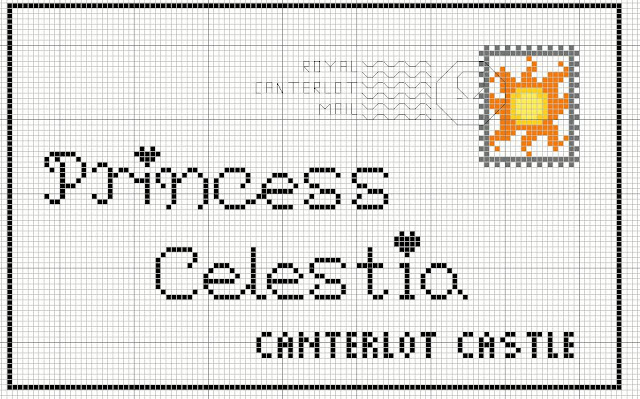 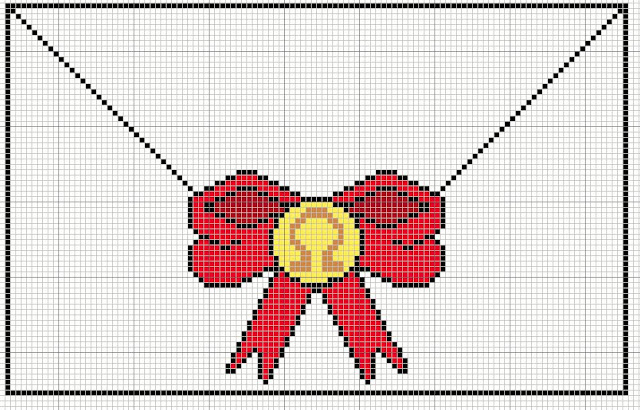 This is a letter for Rainbow Dash and of course it is an Airmail letter because how else is a letter going to get between Ponyville and Cloudsdale if not by Pegasus mail.
I havn't seen much by the way of post mares except for out beloved Ditsy Doo delivering in her uniform so I made her a little symbol to stamp the letters with on the back of the envelopes. 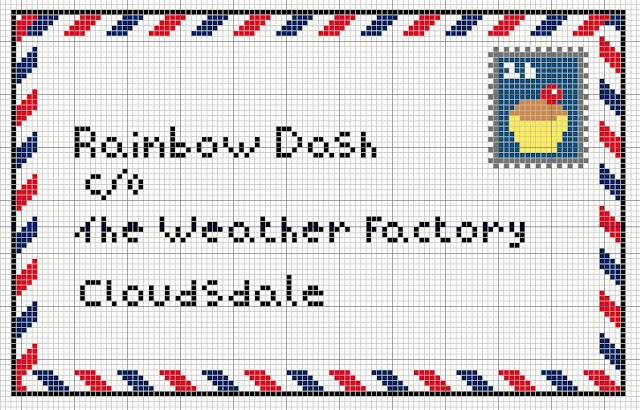 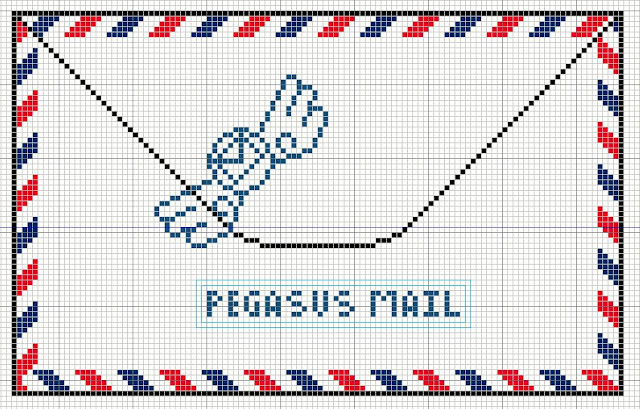 This final letter is for Applejack in Sweet Apple Acres but what is this? It seems a clumsy mail mare must have dropped it in the mud and there's a muddy hoof print too! Well I'm naming no names but I have an idea who might have dropped this letter but I suppose Applejack isn't too worried about a little bit of dirt. 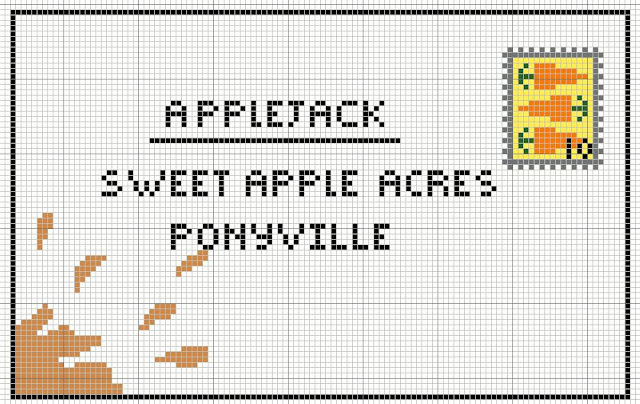 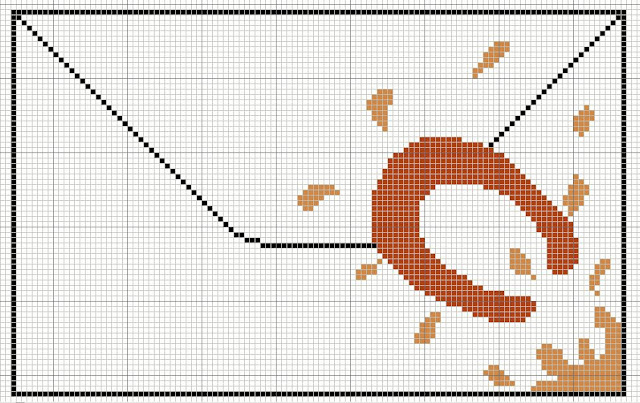 That's all for now. If anyone really likes this idea and would like me to design some more designs for the fronts and backs of purses or pencil cases please let me know. If I get a few comments I'll  put some more of them on my list of planned designs.

Much love and happy crafting :D


For the Buzy Bobbins Index page Click here.
links
Posted by Gemma at 05:27