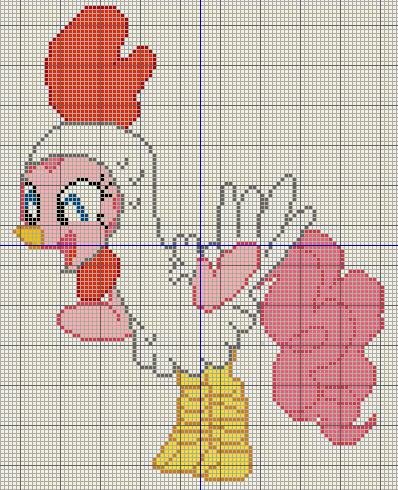 Here's a cross stitch design of Pinkie pie in her Chicken suit for Nightmare Night. I know its nowhere near Halloween but when this design got suggested to me I just had to make it a post before Easter. I wonder if Pinkie likes giving out candy to all the little fillies and colts at a celebration in Equestria which may be just like spring. But I am not sure Fluttershy would approve of filling all the little ponies with sugar while the cute animals have their babies to tend to. 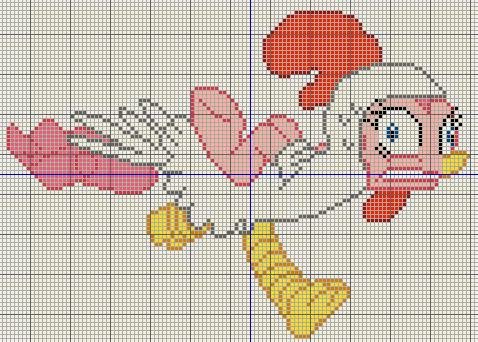 I just could not decide which pose to draw Pinkie in so I just had to draw one where she looks cute but also one where she is being a running Chicken since she does this so very often in the nightmare night episode.

Both of these designs can use the same colour chart below:

Pinkie Pie and characters from My little Pony: Friendship is Magic belong to Hasbro. This is fan art for other cross stitching fans of the show to share.I claim no rights to the character.

For more My Little Pony cross stitch designs check out these links: