Hello everyone,
I had a wonderful time at the May 2016 London Comicon and too LOADS of photos of many of the lovely cospayers that I met throughout the weekend. I have already made a small compilation of photos taken at the event, find the link here:
http://buzybobbins.blogspot.co.uk/2016/07/cosplays-spotted-at-mcm-london-expo-may.html

However there were just too many amazing cosplays for just one post so here we go again with another collection of superb cosplays for your enjoyment. 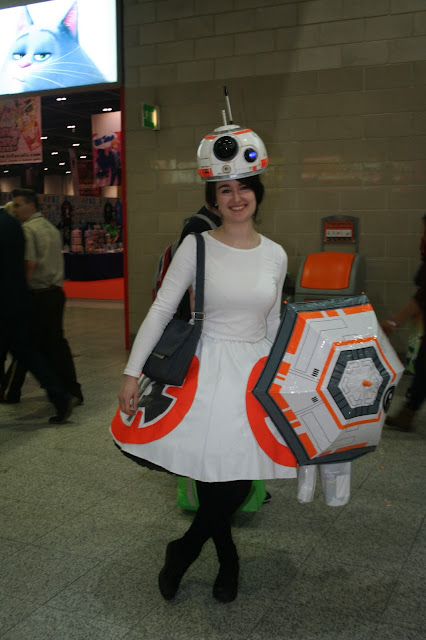 Emily from The Corpse bride 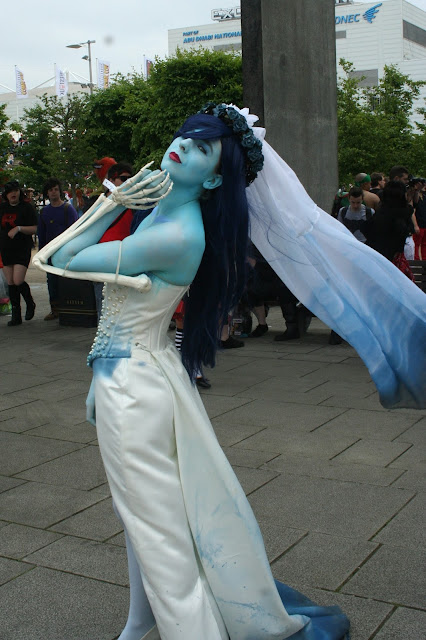 I was wonderfully fortunate to catch this cosplayer while a breeze was blowing so her lovely shawl elegantly trailed behind her as she posed.
The skeletal arm is actually from a skeleton used for teaching anatomy. This is a practical approach to this characters skeletal features without having to hide the cosplayers own arm. I have seen a couple sversions of this cosplay where the real arms hidden within the dress but due to the nature of this wedding dress (no extra fabric to hide the arm it looks a little unusual.
I admire this cosplayers detail in dying the fabric, a light fade like this is very hard to but and even more difficult to turn into a working costume but the colour is just right for the character and the fade within the costume particularly the skirt is accurate. 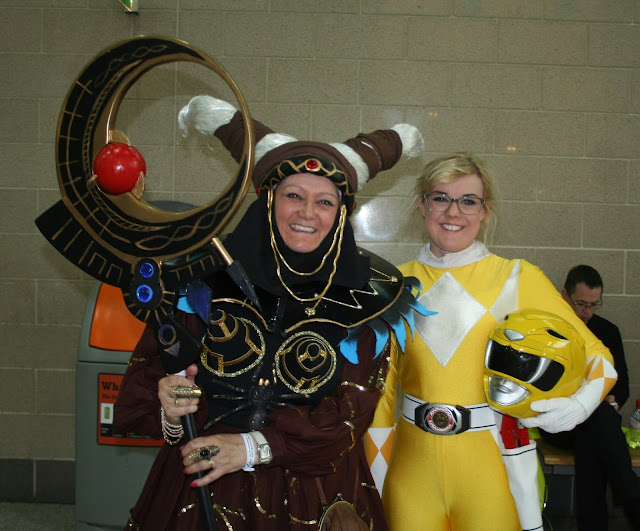 I was super impressed by the costumes of this pair of cosplayers that come straight from the power rangers series.
The Witch Bandora is a notable villain in the Power Rangers series whose appearances cover 50 episodes which is an awful lot of time for a villain to put their plans into action.

If you take a look at the Witch Bandora costume you can see that an awful lot of detail has been put into every piece of the outfit, from the sewn areas to the foam making up details and the very impressive staff. I was concerned that the staff was actually quite heavy considering the size but this cosplayer assured me that the looks were deceptive and it wasn't so heavy considering she had been carrying it about all day.

For more information about this character there's a detailed page on the power rangers wiki here:
http://powerrangers.wikia.com/wiki/Witch_Bandora


Toriel and Muffet from Undertale 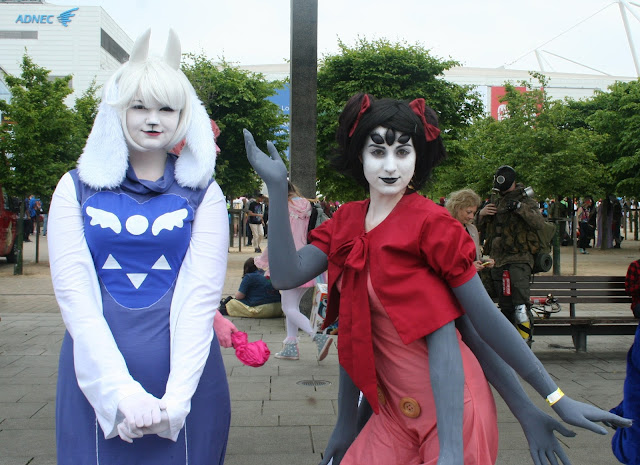 I found these lovely and enthusiastic cosplayers at the Undertale cosplay meet up.

I love this version of Toriel, while some cosplayers used masks to make her snout this cosplayer used a subtle effect of the black face paint under the nose to give the same effect. It was quite a hot day at the convention so I'd also like to applaud both of these cosplayers for keeping their face paint intact all through to the afternoon when this picture was taken.

One big challenge for Muffet cosplayers is that she has 6 arms because she is based off a spider. I'd like to take a moment to point out the colouration on this particular Muffets arms, it looks like care was taken to make sure that all of the arms matched so at first glance you couldn't be sure which is the real one.

A big well done for both cosplayers in this picture, while there were loads of Undertale cosplayers and everyone used their own unique take on the characters I was especially fond of the details on these versions. :)

A Titan from Attack on Titan 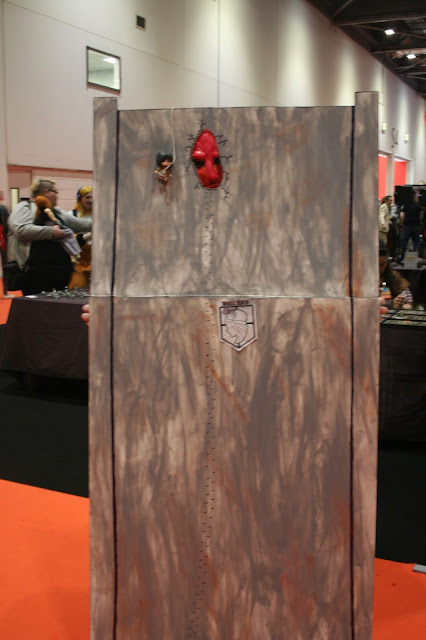 This is such an amazing cosplay of a Titan from Attack on Titan bursting through a wall and peeking through the breach. Don't worry though, the wall prop comes complete with a little member of the Survey Corps swinging in to save the day.
The cosplayer actually spent the day hidden behind this wall prop which looked like it got in the way a little bit. 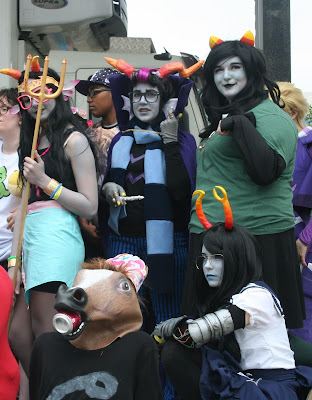 Here's a close up of a bigger picture (see below) of when I found the Homestuck meet up, even though the comic has ended the Fandom and the fans enthusiasm for the show is still huge. There were so many Trolls, either characters taken straight from the show and after a few conversations I found there were a few fan made troll characters in the mix too. This meet up was great fun with cosplayers singing songs from the show and enacting scenes from the animations. 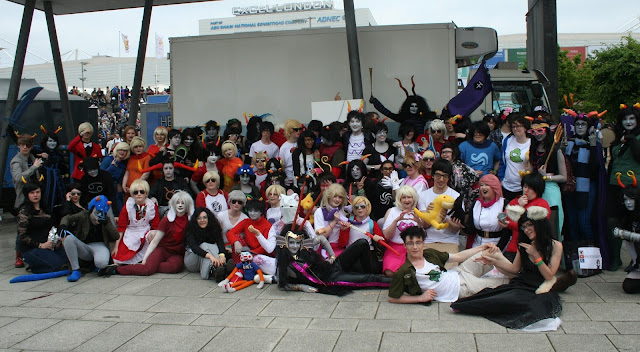 And here's the whole Homestuck meet up, there are so many fans here and so many awesome costumes. At one point everyone in the crowd just started singing a song from the comic. That's one of the things I love about cosplay meetups, you get the opportunity to meet so many fans, so many great cosplays and often songs, dances and re-enacting favourite scenes. (this very much happened at last years My Little Pony meet up)

Anyway that's all the cosplay pictures I have for now, I took loads more photos but I must get back to posting more cross stitch designs.

Much love and Happy stitching - Se y'all at next years May MCM comicon!

For the Buzy Bobbins Index page Click here.
Posted by Gemma at 04:35