On 7th August, there was a wonderful convention at the Newark showground. With this convention being the first I was not expecting very much at all to be honest but I was honestly surprised and delighted by the event.

If you are interested in next years event there is already a Facebook page which will be updated as it comes up to the event here: https://www.facebook.com/events/1482577691768377/

But without further ado let me tell you about this years event and some of the fabulous cosplays I found there. 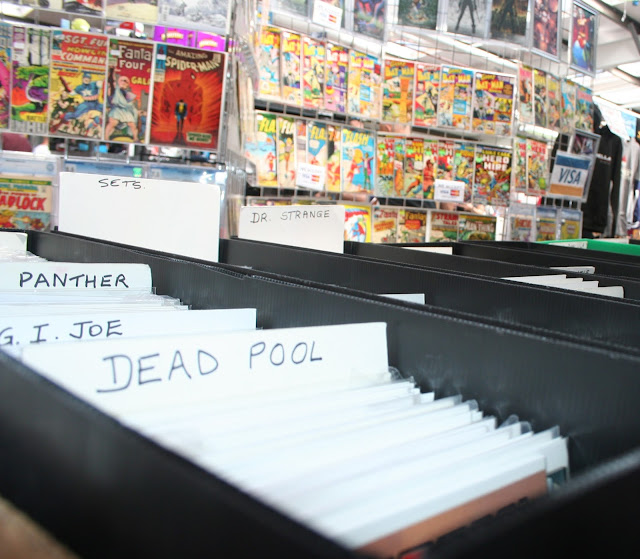 As expected at a comic convention there were loads of comics to buy. There was a selection of comics to buy, from new to old from rare to cheaper ones for starters. It was a blast looking for my favorite characters. (I admit I spent too long looking for Deadpool comics)

There was also a large selection of geeky merchandise. I managed to bag myself a few special dice for my next Dungeons and Dragons game. I was tempted by all these lovely Star wars goodies though.

There were also celebrity guests, replicas of cars from various TV shows and films and several displays. 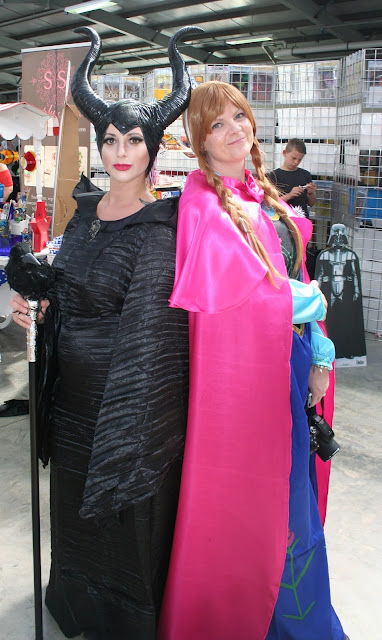 This is a beautiful duo of Anna from Frozen and Maleficent, both cosplays are amazing.
Though it makes me wonder what would have happened in the Maleficent film if she had a sister like Anna. how differently the film would have turned out... fanfiction anyone?

It was a very hot and sunny day so the convention hall was rather warm particularly with the crowd which had gathered. So well done to these cosplayers for standing the heat wearing long dresses and cloaks and still managing to look stunning. 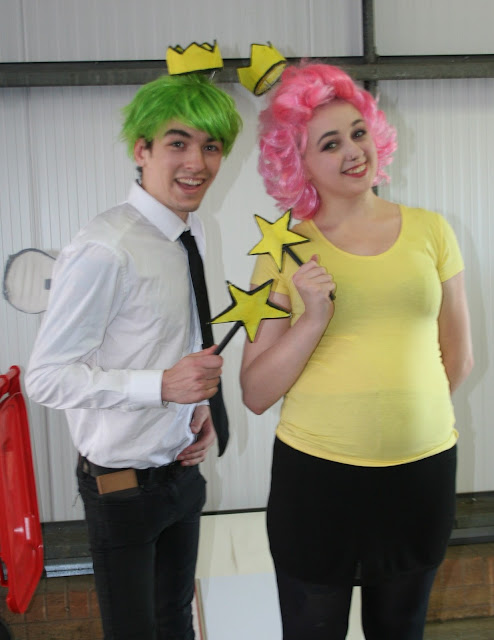 This is a wonderful duo of Cosmo and Wanda from Fairly Odd Parents. I love the detail of the tiny wings and lets not forget the floaty crowny things which are held up almost invisibly. These cosplayers were so amazing I was worried they would Poof me out of the Showground!

Boba Fett from Star Wars. This cosplay is wonderful each detail, even the weathering on the costume is just right. I hoped this cosplayer would not vaporize me with his gun. 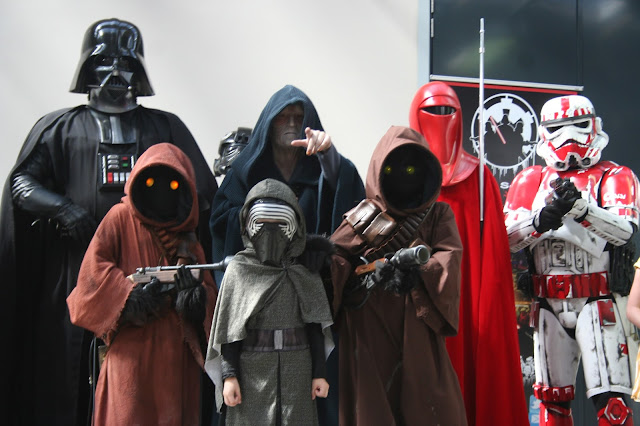 This is a troupe of Star Wars cosplayers from the Sentinal Squad posing with a young Star Wars fan. 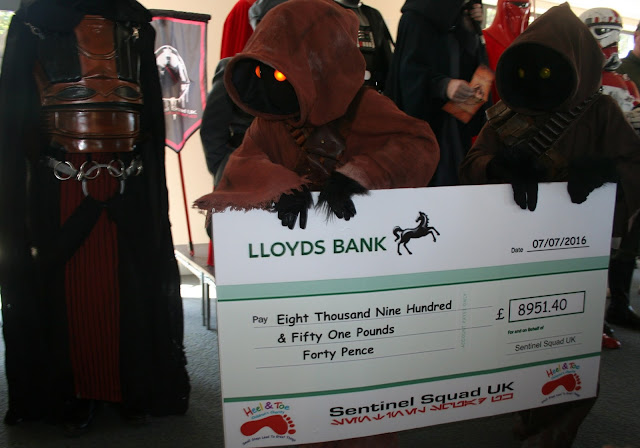 The Sentinel Squad raise money for charities at each convention they attend. At the Newark Comic convention they announced that they had raised a large amount of money for  www.heelandtoe.org.uk . This charity raises money for therapy for children with Cerebral Palsy and other physical disabilities to help with speech, occupational and physical therapies.
However unexpectedly the Jawas tried to make off with the out sized cheque! Luckily Darth Sidious managed to keep those little trouble makers in line and the money safely made its way to charity.
If you'd like to find out more about The Sentinal Squad here is their Facebook page: https://www.facebook.com/thesentinelsquaduk/ 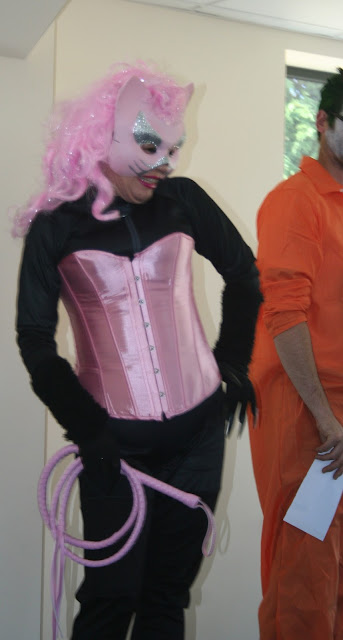 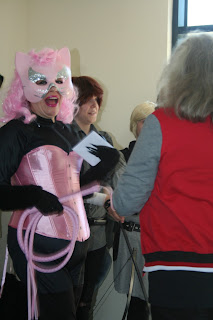 And this is Pink catwoman winning the cosplay contest. She was a little surprised to win since there was some stiff competition but it was well deserved. Well done, this is a brilliant cosplay and you wear it with style. :)

So as you can see I had a really great time at the convention and will definitely be back next year (if my work allows)
Again if you'd like to check out the Facebook page for next year here is a link:  https://www.facebook.com/events/1482577691768377/