How to make a Shyguy/Shygal costume mask - cosplay tutorial

How to make a Shyguy costume mask - cosplay tutorial 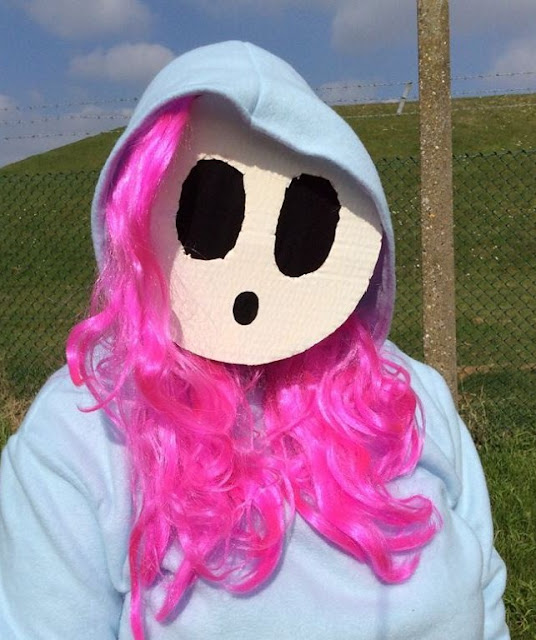 Hello everyone,
This year I went to May London MCM as a Shygal. What's a Shygal? I hear you all cry, well they are female versions of Shyguys from the Mario games. From what I found out these creatures are only seen in fan art and have not been featured in the games. I assume in the games Shyguys can be male or female since we really can't tell while they wear those masks. This mask design can also be used for a regular Shyguy too since they are the same.

My costume is based on the Shygal in the Baby got DLC video found on YouTube (link below) hence the combination of a blue hood and pink hair.

Baby got DLC (caution may be NSFW)
https://www.youtube.com/watch?v=7NFvolSMkDc

While making this cosplay I didn't find much by the way of a tutorial for the mask, which is surprising since I thought that these little guys would be quite popular among Cosplayers. So this is why I decided to make a quick tutorial on how I made mine. There are a couple other Tutorials for masks made from foam and other materials but I decided on cardboard since this was meant to be my cheap cosplay. You can choose to use foam instead of cardboard but bear in mind that foam will bend more around the face. I find that this doesn't look right on the cosplay because the mask does not bend on Shyguys.

Anyway without further ado lets get this tutorial started:

What you will need:
Cardboard (I recycled an old cardboard box)
Paint in white and black
A pair of black tights or stockings (ensure they are thin enough that they can be seen through when close up)
Enough thick elastic to go around your head.
Stapler
Glue

Step 1:
Draw around plates to get two of the same circles on your cardboard and cut out ovals for the eyes on each circle. Make sure the ovals are lined up on both circles. 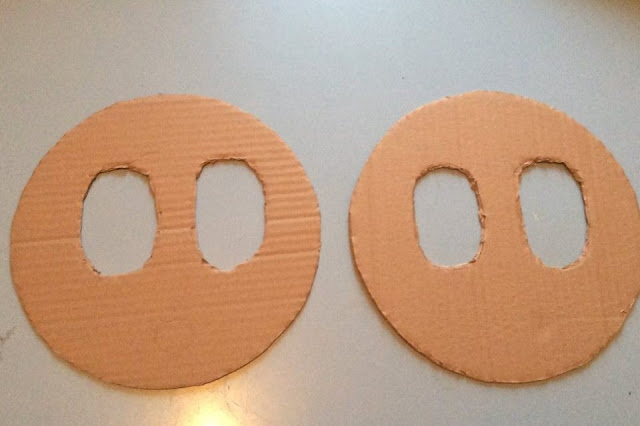 Step 2:
Get out your paints and paint one side of one of your circles white. Once the white layer is dry use black paint to add a oval for the mouth inbetween the eyes. 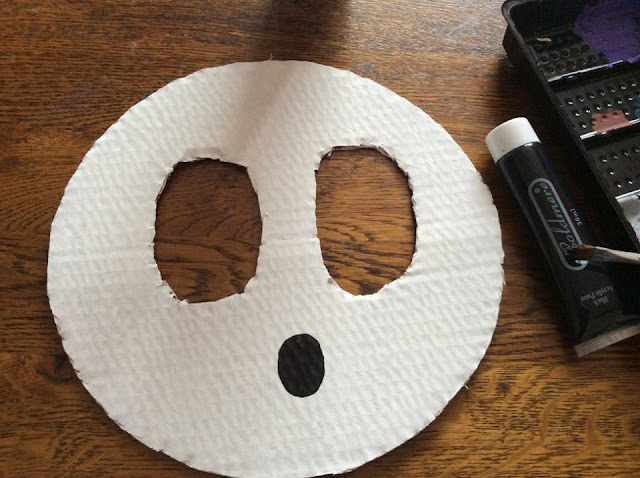 Step 3:
Take your pair of black tights or stockings and cut out a piece which will cover both eyeholes on your circles. 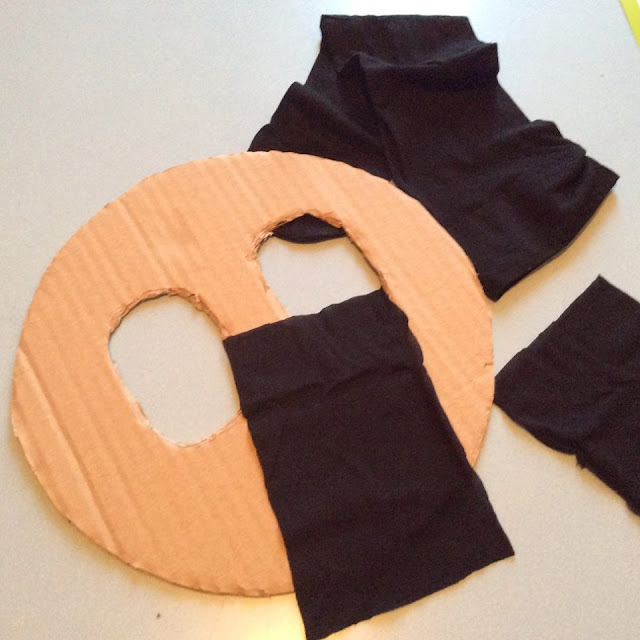 Measure out the elastic so it goes around your head but leave a little extra for attaching to the cardboard.
Once the elastic is the right size staple it to either side of the cardboard as shown in the photo. Remember make sure the flat part of the staple is on the outside. 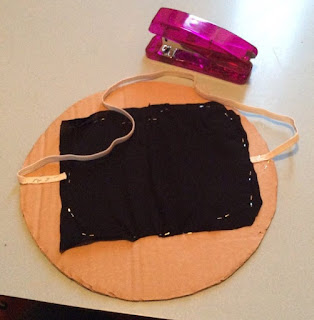 The picture above shows the inside edge of the mask. As you can see the tights and elastic are stapled to the same side.

In this picture below you can see the outside of the mask. I have made sure the flat side of the staple is on this side as it is the side which will be against the wearers face. 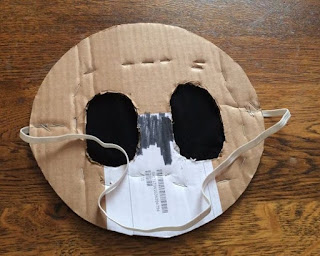 Glue both halves together. Make sure to glue the inside of the stapled piece of the unpainted side of the other piece. 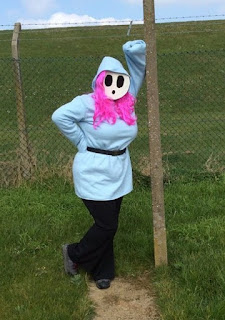 The Cosplay
Finally to finish off grab a plain hoodie put it on and put on your mask. You can finish off the look with a pair of plain trousers and a black or brown belt worn over the top of the hoodie.
Here I am wearing a wig because I decided to be a Shygal but you can easily leave it off and become a Shyguy just as easily.
It is easy to see through this mask because tights are generally see through when you are close up. However it is a little like wearing dark sunglasses so beware visibility may be a little limited in darker environments. However when wearing the mask outdoors I actually had no problem getting about.

For the Buzy Bobbins Index page Click here.
Posted by Gemma at 05:13